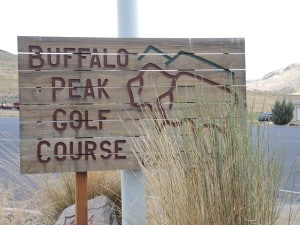 In the town of Union, to the southeast of La Grande, Buffalo Peak Golf Course is an open 18-hole public course built up and around the side of a valley (so there are lots of up or down shots). The front 9 goes on the outside of the layout, and the back 9 goes on the inside. The scenery is attractive and the course is well maintained; areas in front of the greens are generally hard and the greens true, but a tad slow. There are many risk-reward holes with carries and angles. Forward tees provide benefit in both shorter distances and better angles. Although there are walking paths, Buffalo Peak Golf Course is hilly and there can be some distance between holes. A cart may be preferred.

Built in 2000 by the City of Union. Ownership of the course has since been transferred to Union County. The facility was named the Facility of the Year by the OGA in 2021.

There are many drives over waste areas and/or to fairways that run off at an angle. Yardage over the waste areas or to the end of the fairways would be helpful (but there are no yardage books). The solution is to take good notes and play the course several times.

Soon after it opened, the course became famous for a picture of a judge driving off from the 4th tee with marijuana plants in the foreground. This was picked up by the local paper and then The Paul Harvey Show, a national radio show. 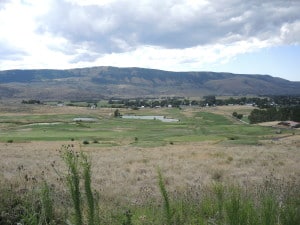 The course has a unique layout and some unique holes. It is well maintained and has good pricing. In addition, the La Grande Valley and the City of Union are both good areas to explore (with the course being a great add-on).