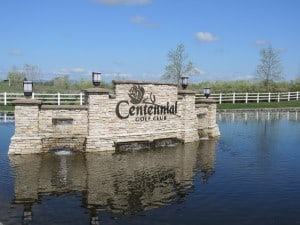 Centennial Golf Club is a very attractive and very well-maintained 18-hole public course in Medford. This wide-open links-type course is one of the best in the Medford area. Although nearly tree less, the manner that the course meanders around the long fescue combined with several water features and many bunkers make the course challenging and picturesque. Forward tees provide improved distance and angles. Centennial Golf Club is a bit hilly and there are some walks between holes, but as long as it is not too warm, it is walkable.

Opened in 2006, it has since been voted one of the top 50 courses in the US (2009, by readers of Golf World Magazine), and several times as Best Golf Course in Southern Oregon by Medford’s Mail Tribune’s readers’ poll.

A joint development of Pacific Retirement Services, Inc., and Rogue Valley Manor, the property was originally slated to be a development project. When the recession occurred in the 1990s, the owners decided to build the course. It now provides a park like surrounding for the Rogue Valley Manor residents, as well as being a popular course for local residents. 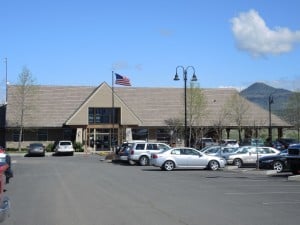 Hole 17 is a shortish par 3, with the green going away from the fairway (so unless you have a lot of spin, play the tee shot to run).

The course is located in a century-old pear orchard. Some of the trees still exist along the 2nd hole.

The course hosts two PGA Junior League teams and is the home course of both Phoenix High School and Cascade Christen High School. The course also hosts multiple charity tournaments including the Southern Oregon Military Tournament to benefit the local VA, the PRS Giving Through Golf Tournament to provide funding for education and housing, and the (very large) Southern Oregon Classic, which annually picks local charities to benefit. 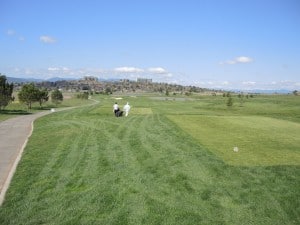 One of the best in Southern Oregon, and well worth the price.