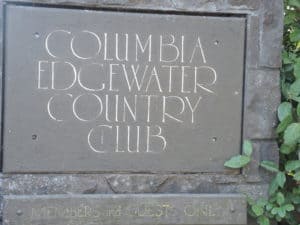 This 18-hole private course that annually hosts the local LPGA Championship is located in Northeast Portland, a wedge from the Columbia River (although you cannot see the river from the course). The course at Columbia Edgewater Country Club is an old-school,  attractive course. The generally narrow holes are lined with beautiful old tall trees, and include many traps and a smattering of water features. Very well maintained, with true greens, and a pleasure to play (despite the jets going to and from neighboring Portland International Airport). Columbia Edgewater Country Club has an excellent practice facility and attractive club house. The golf course is a little hilly, but a nice walk.

Opened in 1925 as the 5th private course and 7th 18-hole course in the area. In 1948, the course was decimated as part of the Vanport flood. Recovery efforts included the planting of over 250 Sequoia saplings. The original clubhouse was located on the Columbia River. It burned down in 1979, and the new attractive clubhouse was built in its present location. Since it opened, the course has hosted many a state and national championship including several Oregon Opens (the  one in 1929 was won by Horton Smith over a field that had Gene Sarazen, Tommy Armour, and Walter Hagen), several Oregon Amateurs (going back to 1928), several Northwest Opens, the Portland Open (a former PGA stop), and a US Open Sectional. For many years the course has hosted, and currently does host, the LPGA Portland Classic (formerly the Safeway Classic).  In 2020, the faculty was named Club of the Year by the OGA. 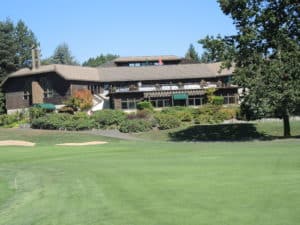 Local businessmen, lead by B.C. Darnall, president of Swift & Co. which had a plant nearby, formed the club in 1924 and quickly bought the farmland on which the course was to be located.

Holes are generally narrow, but the areas in front of the greens are consistent and generally suitable for running the ball. Unless you are consistently accurate with the driver, laying off the drive will help. In addition, on the 8th hole, a par 4 dogleg right where the fairway drops as it makes the turn, there is a pond on the right at the turn — so trying to cut the corner is not a good idea.

The club is alleged to have the highest number of single handicap golfers in the Northwest (with more awards, trophies, and titles won than any other club in the Northwest). 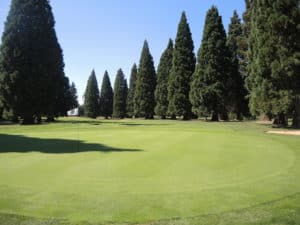 The club does a lot to maintain the environment. They have an automatic sprinkler system activated only when the moisture content in a particular area of soil is low. They were, and are now applying to be again, a certified Audubon Cooperative Sanctuary. They hold multiple junior camps (for children of members), from just starting to elite golfers. It is the home course of Concordia University. For over 20 years the course has held the Annual Women’s Cancer Fundraising Tournament for Providence Hospital.

In addition to being a beautiful course that is very well maintained, you get to play on a course that has hosted many a national event. The course has one of the best practice facilities in the Northwest (annually ranked in the top 50 nationally for practice facilities at private clubs by Golf Range Association of America). The attractive clubhouse facilities and friendly and knowledgeable staff are a plus.